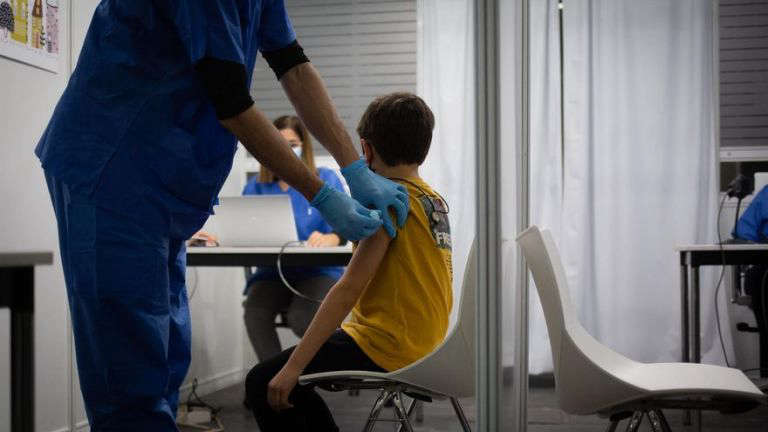 The Canary Islands SCS have asked the Canarian Police to investigate the alleged existence of threats and intimidation against 6,339 nurses and auxiliary staff who have vaccinated children under the age of 12 against COVID-19 from December 2021.

These professionals have received in their emails, a document in PDF format, with threatening messages regarding the paediatric campaign they are carrying out to immunise the population between 5 and 12 years old against the coronavirus, as confirmed by the director of the SCS, Conrado Domínguez. These letters are signed by two groups: the Sovida National Association and the National Association Leaders Collegue International.

According to the complaint, the mass messages sent to these health workers accuse them of “committing serious offences under the Criminal Code against minors”. To this end, they use arguments widely discredited by science, such as the fact that vaccines given to children under 12 are not safe or that they cause serious and even lethal reactions.

Other aspects that the SCS want investigated are the alleged crimes of violation of personal data that these associations could have committed by accessing corporate emails that are not for public use, but are of an administrative nature, and are therefore protected by the Data Protection Act.

Also The Communications Office of the High Court of Justice of the Canary Islands (TSJC) confirmed this Saturday that the official email account of the Second Section of the Administrative Chamber of the TSJC at its headquarters “was flooded on Friday morning with more than hundreds of messages sent by people opposed to the measures adopted for the prevention of COVID”.

In view of these events, which affect the normal functioning of the judicial body, the president of the Chamber has filed a complaint with the National Police to carry out investigations and identify the perpetrators in order to determine who is responsible.