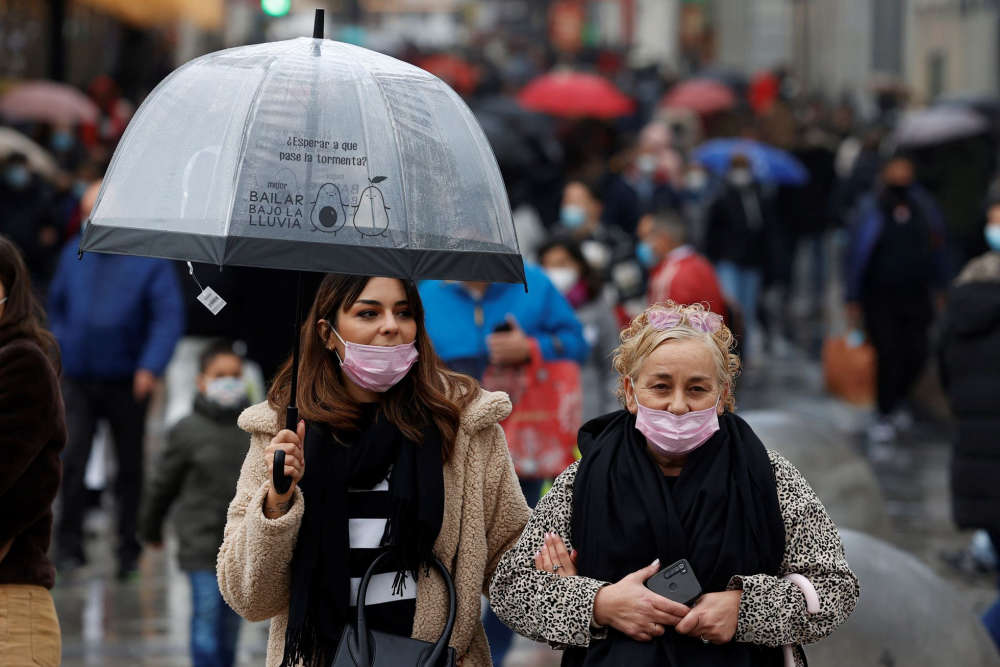 While the curve is still rising, the increase in the cumulative incidence has gone from 90% weekly growth during the Christmas holidays to 17% on Friday

The sixth wave of the coronavirus in Spain is starting to show the first symptoms of slowing down. After explosive growth during the Christmas holiday season, the latest data from the central Health Ministry shows a more gradual rise, suggesting that a peak may be imminent.

Last week saw new records set for the pandemic: there were 179,125 official infections reported in a single day, and if infections continue to grow, albeit on a slower scale, this number could get even higher. But the cumulative incidence is no longer rising so sharply.

According to the latest ministry report, which was released on Friday, the 14-day cumulative incidence currently stands at 3,196 cases per 100,000 inhabitants, having risen 36 points from Thursday. That said, this trend is based on incomplete data: there are notification delays to bear in mind, as well as the fact that many people are using home antigen kits to confirm their infections – cases that often do not get included in the official statistics. This means that the ministry data only shows the tip of the iceberg in terms of what is really happening.

The slowdown in the official figures, however, is clear to see. During the last week of December and the first week of January, the 14-day incidence was growing more than 90% on a weekly basis, while on this past Friday, that figure was 17%. The 29-point rise seen on Thursday and the 36-point rise on Friday are in contrast to spikes that were in excess of 100 points from December 22, with a maximum of 267 points in a single day on December 29.